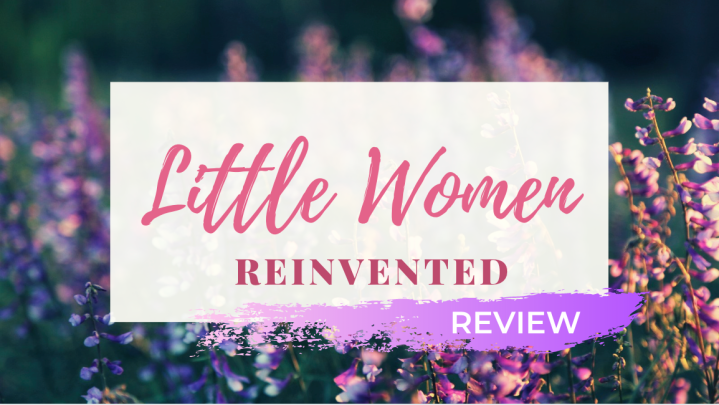 Little Women, what can I really say about this film. It was spectacular and Greta Gerwig’s visionary ability is astonishing (no matter what The Academy has to say).

Her biggest choice was interweaving timelines and choosing to tell the story in a bit more of a nonlinear fashion and I found it absolutely brilliant. It doesn’t suit some people but once it gets moving, the difference is quite clear; mainly by means of warm versus cool tones, and the sisters’ hair and/or clothing.

From a film perspective I could dissect it for hours, I find it to be a beautiful piece of art and it makes my heart SO HAPPY!!! But more than anything I want to talk about the performances from the March sisters, because they made the movie in my opinion.

Huge kudos to Saoirse Ronan. Casting her as Jo was automatically the greatest choice for this film (after Gerwig). Even if you don’t “like” Jo, nearly everyone respects and appreciates who she is as a person. She is so powerful and influential, especially to children who read the book in their youth.

Ronan brought a charming boyish energy that helped bring Jo to life. Her relationship with those around her shows that she doesn’t try to assimilate, nor does she wish to! We see her flaws, and as much as you love her as a character, the audience is given the opportunity to see where she isn’t perfect. Part of Jo’s personality is that she’s “bossy,” especially when directing plays with her sisters. But it wasn’t cheesy bossiness; by that I mean Jo acted with a passionate desire to make sure things were perfect. Not just because she wanted it her way, but because she wanted everyone to be their best because she believes in that for her sisters.

She is a powerhouse, yet so tender, but afraid to show that side of herself because she has to be tough if she wants to make her own way in the world. She doesn’t stop for anyone, but sometimes that hinders her. Jo lashes out at Friedrich for his criticism of her work, but initially doesn’t see that it is for her betterment because she is so used to men telling her it’s not good enough.

I could talk about her forever. Her relationship with Laurie is charming, fun, and heartbreaking (as always). He confesses his feelings and the audience sees how Jo desperately wishes she could reciprocate those feelings, but it’s simply not something she is capable of.

** I sobbed during that scene on the hill because my head is screaming “BUT I LOVE YOU LAURIE!!! IT’S NOT HER FAULT!!”

Aside from the visuals, Gerwig did something amazing with this movie by reinventing the March sisters, and nowhere is it more apparent than with Amy.

I would die for Florence Pugh. It’s that simple. And this is a fact I have known and has been a part of my life for a long time. She brought Amy March to a whole new level and I’m absolutely in love.

Pugh gives Amy the annoyance and prissiness most associate with her, but with charm and youthfulness that’s really quite endearing. She is snotty, sarcastic, and self-centered but we see her intentions, that’s what makes her likeable. She has flaws, but the audience discovers where they come from and rarely is she intentionally malicious (okay, except for burning Jo’s pages). She is a young girl who wants more than she will ever have and can anyone really blame her for that? Sure, she can learn to love the life she does have, but acceptance like that doesn’t come easy for a twelve-year-old.

Adult Amy is iconic. Her monologue about marriage being a financial and economical endeavor gives light to all she tried to be and achieve as a young girl. That was her reason for everything. She didn’t want to rely on marrying rich, but discovers that perhaps that’s just the truth of her status.

I’ve always been on the fence about her ending up with Laurie. It breaks my heart because I adore Jo and Laurie, but in the context of the story and time period it makes sense. I just sometimes wish it didn’t…

Meg is an interesting character. Some just find her unmotivated and slightly selfish, but she’s a very practical character to me. It’s okay for her to want to be a mother and raise a family, she doesn’t need to have lofty goals if that’s not where her passions lie. I find it a testament to the March girls’ relationship — Meg wants to foster that kind of home and be for her children what Marmee is for them, I think that’s wonderful.

She goes out and feels pressured to buy the fabric so her friends don’t know she can’t afford it. Then she returns it, and John buys it for her again. Like Amy, Meg has some desire for the finer things in life that were never part of her life as a child. But Meg is often not as vocal about it, unlike Amy.

I find Emma Watson to be a wonderful choice for Meg; she’s charming, motherly, and has enough spirit to keep up with her sisters and their antics. She follows the rules and often does not push back, but her loyalty to those she loves is fierce.

Sweet, sweet Beth. I could say I didn’t cry when she was sick but that would be a big fat lie and I can’t commit to that.

This was my introduction to Eliza Scanlen and I fell in love. Many people find Beth to be plain, “she’s sweet and kind” is the general consensus. And while it’s true, there is so much to that kindness. She became sick because she visited the Hummels so often and spent time helping them.

Her heart is so big and it is felt by those she knows. Mr. Laurence allows her to play the piano in his house out of kindness, but also because her presence and music reminds him of his late granddaughter. Beth is admired from afar and I find her to be a character with so much to offer.

When she grows sicker and sicker, especially the second time around, the audience witnesses how loved she is. Everyone brings something to her or does everything in their power to make her comfortable and feel loved the way she has loved them.

Scanlen brought so much heart to Beth, and that’s what made her performance so heartbreaking to me. Even though you know the ending, it does not mean you won’t still feel. And feeling that strongly is a testament to a beautiful performance and brilliant story.

If you haven’t seen Little Women, do yourself a favor and watch it. I also recommend reading it! Gerwig once again created an astonishing piece of art and I hope you love it as much as I do. Outside of the characters and their depth, the score is what brought me into this film. Soak it in.

It is a timeless story, and I hope we never stop telling it.